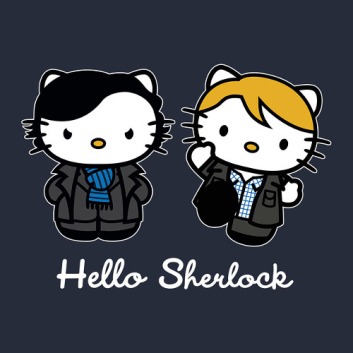 One of my best friends in the universe cannot, for the life of her, write an essay. She’s a college student, graduated from high school with good grades. Yet when I saw her essay only my love for her kept me from throwing her laptop out the window and running out.

So I reckon not everybody took AP English and graduated high school knowing how to write an essay. And that’s not something to be insulted about. But if you’re in college with no essay writing skills, well….

So I spewed out everything I can remember about essay writing. I hope you find it useful.

In the Intro, some professors like it if you say a sentence or two about why you chose this topic.

Ex. I met Sherlock in London. I fell in love with his me-ness, his accent, and his deducting.

You should then have a thesis that sums up what your paper is about while assuming your readers know nothing. Your thesis will answer a RESEARCH QUESTION -what you are trying to prove in general. Should start by knowing the What and questioning the Why. 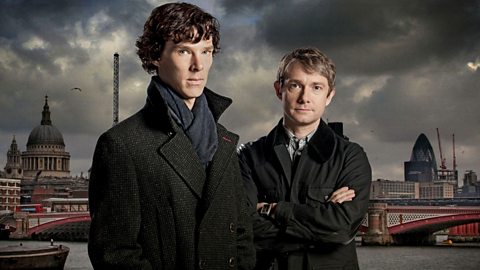 Ex: Why is Sherlock the best t.v. show?

Within the RESEARCH QUESTION are multiple small research questions, usually Who, What, Where & How. They make up the introduction and are explored in the body of the paper.

Ex: Who brought Sherlock to life?

What are Sherlock’s good & bad qualities?

Where did Sherlock take place & how did it integrate itself into the show?

The smaller questions are answered in the essay’s body. These questions and your answers should be focused within the larger RESEARCH QUESTION. (Why is Sherlock the best t.v. show?)

You will also have to anticipate and contradict opposing knowledge.

Ex. opposition: BUT SUPERNATURAL. BUT STAR TREK. BUT DR. WHO!!!

Contradiction: BUT DEDUCTIONS. The deductions in Sherlock can be thought out using a chain of presented evidence, as opposed to guessing what type of badass the badass is, a chain of evidence is presented to DEDUCE who the badass is. Also, that ass.

Merley watching Sherlock usually isn’t good enough, you also have to look up things about the behind-the-scenes, actors, etc. to display a unhealthy well-rounded knowledge.

In a lab paper, usually in the name of science, there is a different format.

Introduction/ hypothesis: What are you trying to prove?

Ex. Vegans are healthier than omnivores.

The hypothesis must be (dis)provable, and thus needs to have a specific, testable idea. They start with if, if you are doing a lab.

Ex. If vegans are healthier than omnivores,  I will live longer than you.

Ex. 6 vegans and 6 omnivores will eventually die of natural causes. My control group is 6 people whose diet is unknown.

When your experiment is complete you will document the results.

You will then analyze your results.

You will then reflect on how the experiment could’ve been done differently.

You will then go vegan.