A minute ago, Ariel Bissett posted a video about going off of social media. She talked a bit about how it rewires the brain to make you addicted to it and takes up reading time.

I was thinking about this for a while in the context of twitter, which I am on for a fair amount, but because of it’s repetitive nature- the same handful of convos with slightly different but basically the same take, I naturally am on there only a few minutes at a time spread throughout the day. My real problem is Pokemon Go.

Oh, how the mighty have fallen. This is a game that I used to make fun of my friends for playing, as Obamaphones were terrible back in the day.  A few months ago I got a new phone from a program on campus, and it is a great phone. Much to my downfall.

I downloaded Pokemon Go for the third time. And it hasn’t crashed once; not when I surpassed level 15, not when I battle Team Rocket. Never. Ok, it has been glitchy lately, but I think it has something to do with the game itself, not my phone.

I play Pokemon Go for hours, every day. Even though I don’t enjoy it. I’ve been very depressed lately- just because I have depression, my lack of real friends, the kitten that I love but reminds me of who I lost. So I put away Pokemon Go in the middle of a walk. And actually started enjoying it. I enjoyed the majesty of the trees, the wind, the quiet.

So I’ve decided: every Sunday night I’m going to delete Pokemon Go, go an entire Monday without it, and reinstall on Tuesday; if I feel so inclined. I will also have No-Catch Tuesdays: I can battle, evolve, and spin, but not catch anyone, even if it’s shiny or something I don’t have. Likewise, on Sundays, I won’t evolve anyone. I already have several Pokemon that I caught today, but won’t evolve until Tuesday. I believe that eliminating certain features will also reduce my time on there and increase the enjoyment when I do these things. I might also instate no battle days, but I’m not sure which day, or if I’ll do battle once or twice a week only. That’s settled: I’ll only battle Tuesdays and Wednesdays. I wish I could spread them out, but i have homework due Thursdays and Saturdays. 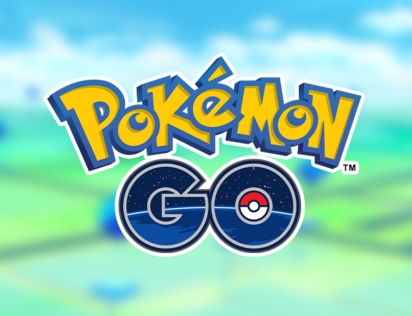 I haven’t redownloaded PG and I don’t want to! I was twitchy yesterday, wanting to grab my phone and open it. It was like a habit: I must do this because I usually do this and it’s the right thing to do. But it faded: I know that I have Pokemon that I can evolve, but that doesn’t mean I should or want to.

Today, I have noticed that I was on Twitter and BG longer than usual. I do want to learn how to take better photos and be better at BG in general, but I should watch it and maybe actively shut it down. Maybe I won’t refresh and limit it to three times a day.

I know I had this plan all sorted out where I’d just limit, but not eliminate, but I  genuinely don’t want to go back. Maybe I just need a longer break and will come back in a couple of weeks. Maybe I subconsciously hate PG- no, I don’t hate PG. But I do feel very uncomfortable as to how completely it hijacked my brain.

I’m still depressed, but I’m using that time to do other things that bring me excitement. Like starting a gay bookshelf Pintrest board for my future library when I finally have my own place. It’s a small thing, but it gives me hope for the future. And some of the aesthetics is just *wow.*

Now that I’m thinking of Pokemon Go, I want to redownload Pokemon Go, but I won’t let it. I’m stronger than that.

I didn’t redownload PG until Friday. I was bored, my phone was closer than a book, I played a bit, battled a bit. It’s been like that until today, when I saw that they’d be rewards for Pokemon caught, transferred and great throws.

I realize that I sound readdicted. I put the phone down to type this and give my cat a bath- she’s too young for flea meds and downy baths get some, but not all at once. Tips appreciated.

All in all, I know that too much PG hijacks my brain and I need to have severe limits on it. And I also have a nice new Pintrest board for my future library if I ever get rich. Please promise to buy my books if I ever write it and get it published?  ><

I wonder if it’s good to hope for something as hard to attain as money. Of course, I work hard regardless because it’s a side affect of trauma, but they’re aren’t a lot of well-paid journalists and a trans book has yet to get on the NYT bestseller list, despite Felix Ever After’s greatness.

Sorry for diverting, I’m just trying to focus on other things that bring me more happiness than Pokemon.

What are you addicted to? How do you manage phones’ innate addictability?